Saturday of the 3rd Week of Ordinary Time

St. Bathildis, queen (†680). From the land of the Angles, she married Clovis II, King of the Francs, after whose death she served as regent until their son Clothaire III came of age to assume the throne. She then retired to the monastery of Chelles, which she had founded.

St. Thomas Khuông, priest and martyr (†1860). Dominican priest beheaded in Vietnam for declaring himself Christian during the persecution of Emperor Tu Đúc.

St. David Galvan, priest and martyr (†1915). During the Mexican persecution, he was arrested and shot without a trial, for defending the sanctity of Matrimony.

St. Adelelmus, abbot (†1097). First abbot of the Benedictine Monastery of St. John the Evangelist in Burgos, Spain, and is a patron of this city.

St. Mutien-Marie Wiaux, religious (†1917). Member of the Christian Brothers; he consecrated his life to educating youth in Namur, Belgium.

St. Hyacintha Mariscotti, virgem (†1640). Franciscan tertiary religious from Viterbo, Italy. After living in that state for fifteen years immersed in worldly frivolity, she embraced an austere life and went on to establish confraternities for the service of the needy and adoration of the Blessed Sacrament.

Blessed Columba Marmion, abbot (†1923). Native of Ireland, he was superior of the Benedictine monastery of Maredsous, Belgium, where he shone as a director of souls as well as for his spiritual doctrine and eloquence. 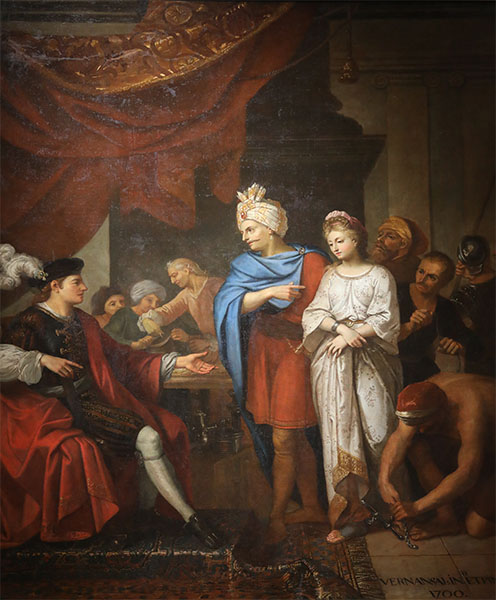 Brothers and sisters: Faith is the realization of what is hoped for and evidence of things not seen. Because of it the ancients were well attested.

By faith Abraham obeyed when he was called to go out to a place that he was to receive as an inheritance; he went out, not knowing where he was to go. By faith he sojourned in the promised land as in a foreign country, dwelling in tents with Isaac and Jacob, heirs of the same promise; for he was looking forward to the city with foundations, whose architect and maker is God. By faith he received power to generate, even though he was past the normal age and Sarah herself was sterile for he thought that the one who had made the promise was trustworthy. So it was that there came forth from one man, himself as good as dead, descendants as numerous as the stars in the sky and as countless as the sands on the seashore.

All these died in faith. They did not receive what had been promised but saw it and greeted it from afar and acknowledged themselves to be strangers and aliens on earth, for those who speak thus show that they are seeking a homeland. If they had been thinking of the land from which they had come, they would have had opportunity to return. But now they desire a better homeland, a heavenly one. Therefore, God is not ashamed to be called their God, for He has prepared a city for them.

By faith Abraham, when put to the test, offered up Isaac,and he who had received the promises was ready to offer his only son, of whom it was said, Through Isaac descendants shall bear your name. He reasoned that God was able to raise even from the dead, and he received Isaac back as a symbol.

R. Blessed be the Lord the God of Israel; he has come to his people.

He has raised up for us a mighty savior,
born of the house of his servant David. R.

Through his holy prophets he promised of old.
that He would save us from our sins
from the hands of all who hate us.
He promised to show mercy to our fathers
and to remember his holy covenant. R.

This was the oath he swore to our father Abraham:
to set us free from the bonds of our enemies,
free to worship him without fear,
holy and righteous in his sight
all the days of our life. R.

On that day, as evening drew on, Jesus said to his disciples:
“Let us cross to the other side.”
Leaving the crowd, they took Jesus with them in the boat just as He was.
And other boats were with Him.
A violent squall came up and waves were breaking over the boat,
so that it was already filling up.
Jesus was in the stern, asleep on a cushion.
They woke Him and said to Him,
“Teacher, do You not care that we are perishing?”
He woke up,
rebuked the wind, and said to the sea, “Quiet! Be still!”
The wind ceased and there was great calm.
Then He asked them, “Why are you terrified?
Do you not yet have faith?”
They were filled with great awe and said to one another,
“Who then is this whom even wind and sea obey?”