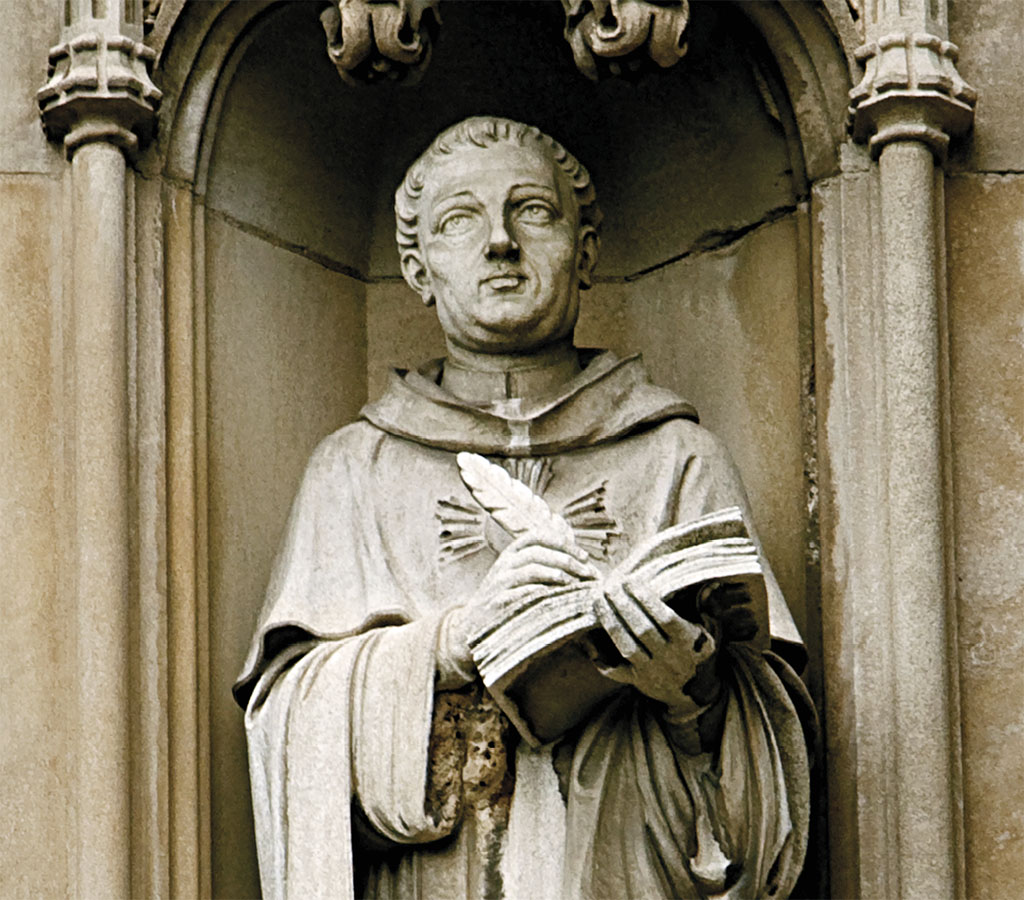 St. Thomas Aquinas, Priest and Doctor of the Church (†1274). Friar of the Dominican Order, endowed with extraordinary intellectual gifts, he is a luminary of the Church. See also: I see my God Reflected in Nature.

St. Julian of Cuenca, Bispo (†1207). Bishop and patron of this Spanish city. He applied himself to the growth and glorification of Christ’s Church. He supported the poor of his diocese with his own labours.

St. Joseph Freinademetz, priest (†1908). Religious of the Society of the Divine Word, sent to the missions in China where he worked tirelessly in the evangelization of those people.

Blessed Julian Maunoir, priest (†1683). Priest of the Company of Jesus who dedicated himself to popular missions in the region of Plévin, France.

Blessed Olympia Bida, virgin and martyr (†1952). Ukrainian religious from the Congregation of the Sisters of St. Joseph, she was sent to a concentration camp in Siberia where she endured grievous suffering for the love of Christ.

Brothers and sisters: Since through the Blood of Jesus we have confidence of entrance into the sanctuary by the new and living way he opened for us through the veil, that is, his flesh, and since we have “a great priest over the house of God,” let us approach with a sincere heart and in absolute trust, with our hearts sprinkled clean from an evil conscience and our bodies washed in pure water. Let us hold unwaveringly to our confession that gives us hope, for He who made the promise is trustworthy. We must consider how to rouse one another to love and good works. We should not stay away from our assembly, as is the custom of some, but encourage one another, and this all the more as you see the day drawing near.

R. Lord, this is the people that longs to see your face.

The LORD’s are the earth and its fullness;
the world and those who dwell in it.
For he founded it upon the seas
and established it upon the rivers. R.

Who can ascend the mountain of the LORD?
or who may stand in his holy place?
He whose hands are sinless, whose heart is clean,
who desires not what is vain. R.

He shall receive a blessing from the LORD,
a reward from God his savior.
Such is the race that seeks for him,
that seeks the face of the God of Jacob. R.

Jesus said to his disciples,
“Is a lamp brought in to be placed under a bushel basket
or under a bed,
and not to be placed on a lampstand?
For there is nothing hidden except to be made visible;
nothing is secret except to come to light.
Anyone who has ears to hear ought to hear.”
He also told them, “Take care what you hear.
The measure with which you measure will be measured out to you,
and still more will be given to you.
To the one who has, more will be given;
from the one who has not, even what he has will be taken away.”