Thursday of the 5th Week of Ordinary Time

Our Lady of Lourdes. Optional Memorial in commemoration of the first apparition of the Immaculate Virgin to St. Bernadette Soubirous in the Grotto of Massabielle, France in 1858.

St. Gregory II, Pope (†731). In the time of Emperor Leo III the Isaurian, he defended the cult of sacred images and sent St. Boniface to preach the Gospel in Germania.

St. Paschal I, Pope (†824). He promoted the first missions in Scandinavian countries and transferred many relics of the
martyrs from the catacombs to the churches. He rebuilt the Basilica of St. Cecilia in Rome.

St. Peter Maldonado, priest and martyr (†1937). Arrested while hearing Confessions on Ash Wednesday, he was barbarously killed in Chihuahua, Mexico.

St. Soteris, virgin and martyr (†c. 304). Choosing the Faith to nobility of blood and human honour, she refused to obey the order to sacrifice to idols, boldly facing insults, condemnation and death by sword. Her tomb can be found in Rome.

Blessed Tobias Borras Romeu, martyr (†1937). Religious from the Hospitaller Order of St. John of God. He was a model of virtue. Martyred during the Spanish Civil War. 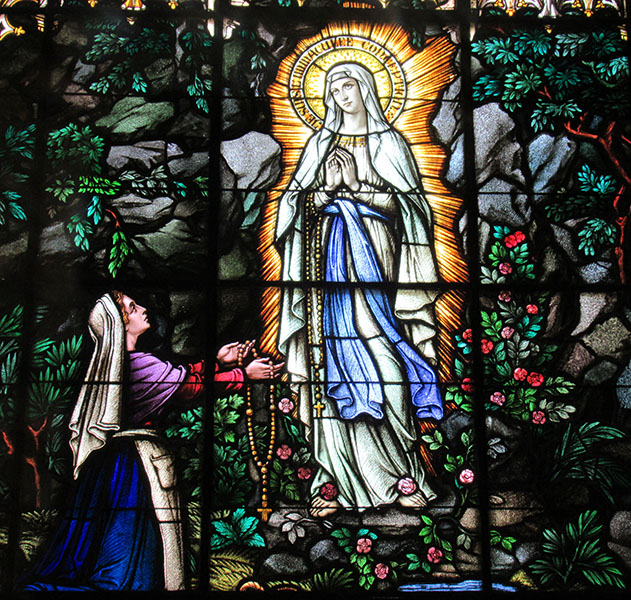 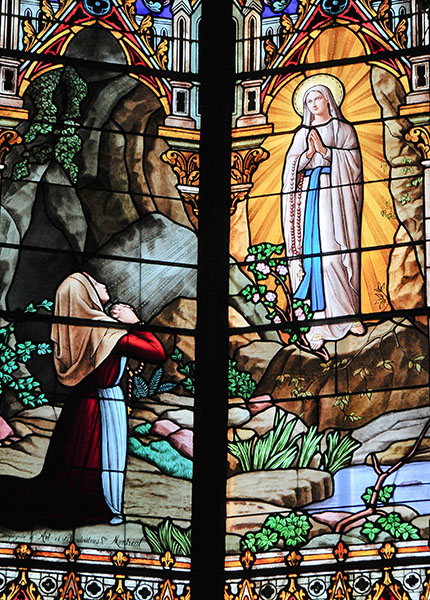 The LORD God said: “It is not good for the man to be alone. I will make a suitable partner for him.” So the LORD God formed out of the ground various wild animals and various birds of the air, and He brought them to the man to see what he would call them; whatever the man called each of them would be its name. The man gave names to all the cattle, all the birds of the air, and all the wild animals; but none proved to be the suitable partner for the man.

So the LORD God cast a deep sleep on the man, and while he was asleep, He took out one of his ribs and closed up its place with flesh. The LORD God then built up into a woman the rib that he had taken from the man. When He brought her to the man, the man said: “This one, at last, is bone of my bones and flesh of my flesh; this one shall be called ‘woman,’ for out of ‘her man’ this one has been taken.”

That is why a man leaves his father and mother and clings to his wife, and the two of them become one flesh. The man and his wife were both naked, yet they felt no shame.

R. Blessed are those who fear the Lord.

Blessed are you who fear the LORD,
who walk in his ways!
For you shall eat the fruit of your handiwork;
blessed shall you be, and favored. R.

Your wife shall be like a fruitful vine
in the recesses of your home;
Your children like olive plants
around your table. R.

Behold, thus is the man blessed
who fears the LORD.
The LORD bless you from Zion:
may you see the prosperity of Jerusalem
all the days of your life. R.

Jesus went to the district of Tyre.
He entered a house and wanted no one to know about it,
but He could not escape notice.
Soon a woman whose daughter had an unclean spirit heard about Him.
She came and fell at his feet.
The woman was a Greek, a Syrophoenician by birth,
and she begged him to drive the demon out of her daughter.
He said to her, “Let the children be fed first.
For it is not right to take the food of the children
and throw it to the dogs.”
She replied and said to Him,
“Lord, even the dogs under the table eat the children’s scraps.”
Then He said to her, “For saying this, you may go.
The demon has gone out of your daughter.”
When the woman went home, she found the child lying in bed
and the demon gone.