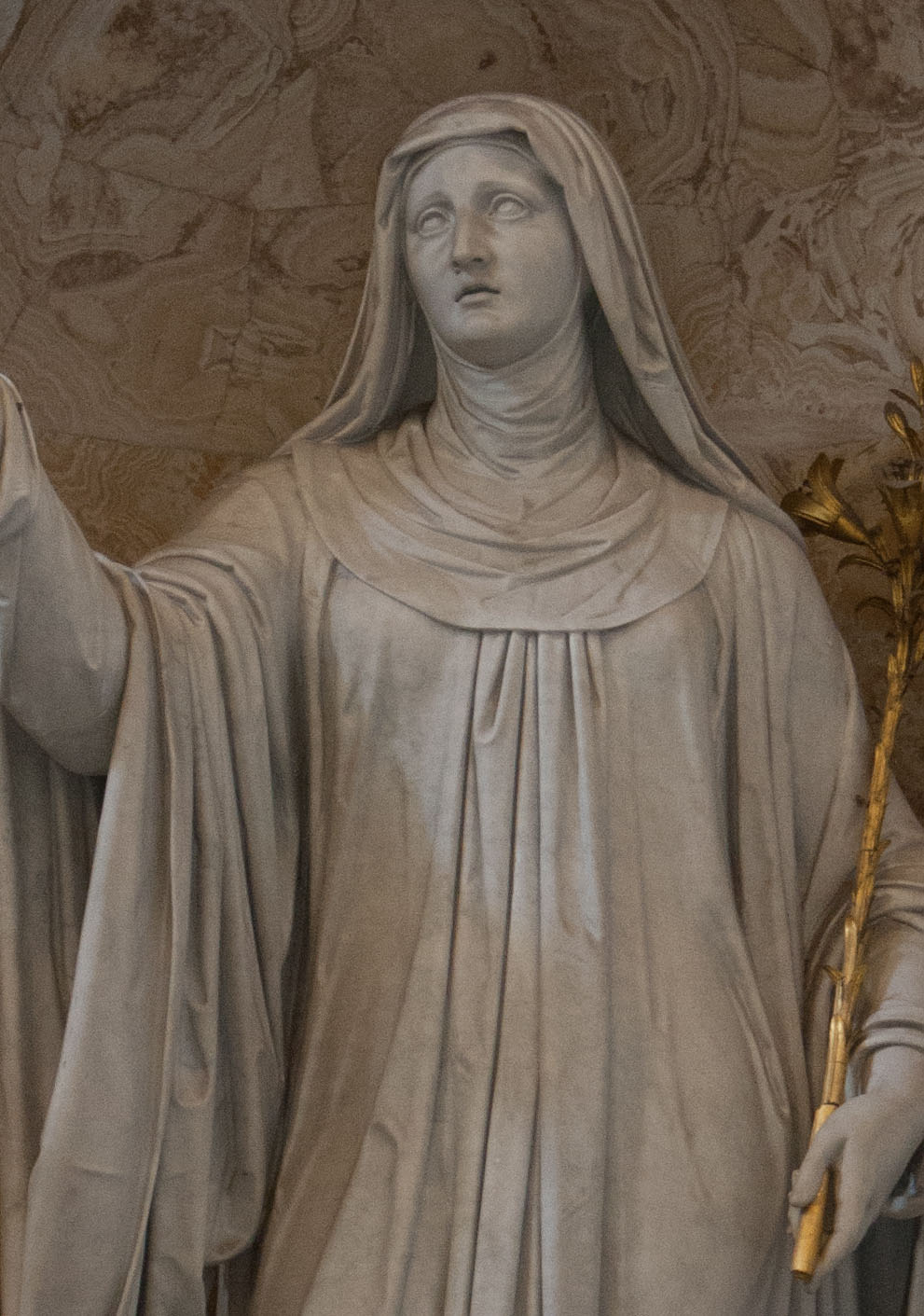 St. Scholastica (†547), virgin. Twin sister of St. Benedict of Nursia who consecrated herself to God from childhood. Following the example of her brother, she founded the first monastery of Benedictine nuns close to Monte Cassino. At the moment of her death, St. Benedict beheld a vision of his sister’s soul ascending to Heaven in the form of a dove. He had her body transferred to his monastery and buried her in the tomb destined for himself.

Blessed Eusebia Palomina Yenes, virgin (†1935). Daughter of poor Spanish farmers, she worked in several family homes before entering the Salesian Congregation of the Daughters of Mary Help of Christians in in Valverde del Camino, Spain.

St. Joseph Sanchez del Rio, martyr (†1928). Having joined the Cristero War of Mexico at age 14, he was captured and courageously braved many torments, refusing to renounce his fidelity to Cristo Rey. Finally he was killed by gunshot, his body falling upon the cross that he had traced on the ground with his own blood.

St. William of Maleval, hermit (†1157). After a dissolute youth, he went on pilgrimage to the Holy Land as a penitent and then became a hermit in Maleval, Italy, where he spent the rest of his life in prayer and penance. His example gave rise to many congregations of hermits.

Blessed Aloysius Stepinac, bishop (†1960). He courageously opposed the doctrines denying the Faith and human dignity, until he succumbed to the illnesses and privations brought on by lengthy imprisonment in Krašić, close to Zagreb (Croatia), for his fidelity to the Church.

Blessed Hugh of Fosse, abbot (†circa 1163). When St. Norbert, was elected Archbishop of Magdeburg,  he appointed Hugh, one of the monks under his care, as abbot of the recently founded  Premonstratensian Order, which he governed for 35 years.

Blesseds Pierre Frémond and five companions, martyrs (†1794). Shot in Angers during the French Revolution for remaining faithful to the Catholic Church.

Then the LORD God planted a garden in Eden, in the east, and He placed there the man whom He had formed. Out of the ground the LORD God made various trees grow that were delightful to look at and good for food, with the tree of life in the middle of the garden and the tree of the knowledge of good and evil.

The LORD God then took the man and settled him in the garden of Eden, to cultivate and care for it. The LORD God gave man this order: “You are free to eat from any of the trees of the garden except the tree of knowledge of good and evil. From that tree you shall not eat; the moment you eat from it you are surely doomed to die.”

Bless the LORD, O my soul!
O LORD, my God, You are great indeed!
You are clothed with majesty and glory,
robed in light as with a cloak. R.

All creatures look to You
to give them food in due time.
When You give it to them, they gather it;
when You open your hand, they are filled with good things. R.

If You take away their breath, they perish
and return to their dust.
When You send forth your spirit, they are created,
and you renew the face of the earth. R.

Jesus summoned the crowd again and said to them,
“Hear Me, all of you, and understand.
Nothing that enters one from outside can defile that person;
but the things that come out from within are what defile.”

When He got home away from the crowd
his disciples questioned Him about the parable.
He said to them,
“Are even you likewise without understanding?
Do you not realize that everything
that goes into a person from outside cannot defile,
since it enters not the heart but the stomach
and passes out into the latrine?”
(Thus He declared all foods clean.)
“But what comes out of the man, that is what defiles Him.
From within the man, from his heart,
come evil thoughts, unchastity, theft, murder,
adultery, greed, malice, deceit,
licentiousness, envy, blasphemy, arrogance, folly.
All these evils come from within and they defile.”